And here's Barry Windsor-Smith from his corner of The Studio: 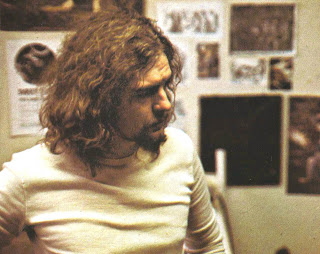 Here's a story from Barry's introduction about when he first tried to break into comics in America, and ended up a near vagrant, dodging the U.S. Immigration Authorities: " I recall having one Twinkie cake over a period of two days; It was a bit messy the second day- and drinking water was nowhere to be found! A friend of mine, Steve, who was with me at the time, got it even worse. ( Immigration ) took him to an office downtown and grilled him, using lights, tape recorders-all that nasty stuff: But he was a completely well-meaning innocent, like me. The incident really upset him-he didn't touch his Twinkie for days. " 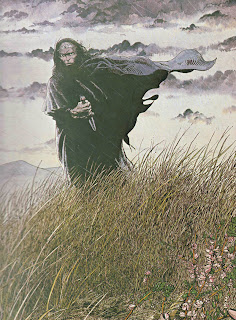 And this is Thoth Amon ( Notice the roots where his feet should be ) : 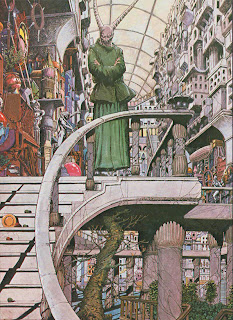 Meanwhile, over on the couch, Barry & Jeff are posing for the sleeve notes of their double gatefold concept album: 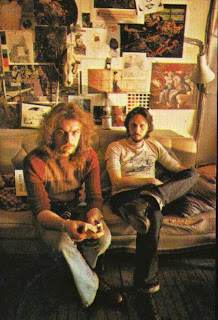 And this is a strangely Kirbyesque Solomon Kane: 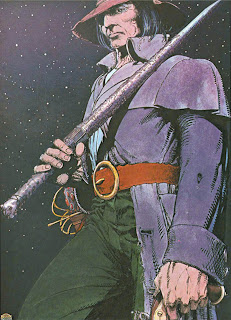 And here's Berni, Jeff & Barry deep in conversation, while an unknown female looks on:

And finally, Something Ic Waes: 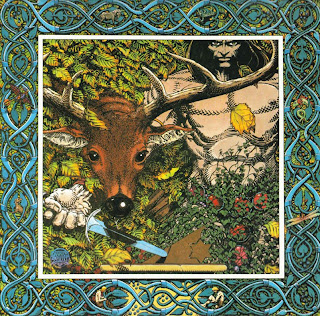 Regarding working in the studio, Windsor-Smith is quoted: " I began to feel at home here when I realized that I didn't have to just sit in one small room,without companionship, and stare at a piece that wasn't going well. I could walk fifty feet away, to the other side of the studio, and be in a completely different world. "