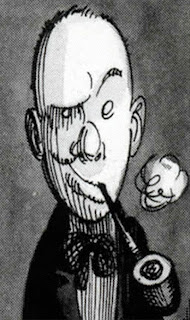 Now here's a book every comic fan should have a copy of. We all know how great Harvey Kurtzman was, not to mention how influential. What are Airplane, Naked Gun & Scary Movie after all, but Kurtzman's Mad in movie form? But we very rarely got to see pure Kurtzman. More often he'd break down his books for legends like Wally Wood, Jack Davis & John Severin to scrupulously follow. Jungle Book is something else again. It's Harvey completely on his own; No editors, no censors, no limitations. And it's the best thing he ever did. 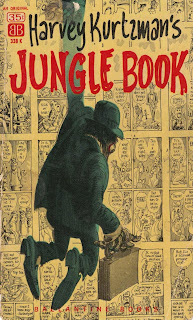 Jungle Book was released in 1959 as a paperbacked sized original by Ballantine Books, then reprinted in larger size by Kitchen Sink in 1986, as every single copy ( including mine ) had long since fallen apart into a closely guarded portfolio of loose leaf pages. I bought my copy in a second hand bookshop in 1976, or thereabouts. 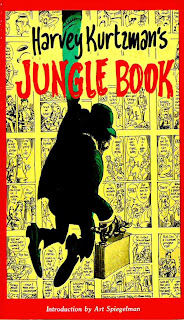 It all came about because, after 4 Mad reprint books with Ballantine, Bill Gaines took the rights over to Signet, leaving the publisher to carry on with Kurtzman's short-lived Humbug.
When that ran out, the idea of an all-original art paperback was suggested, eventually consisting of four stories. 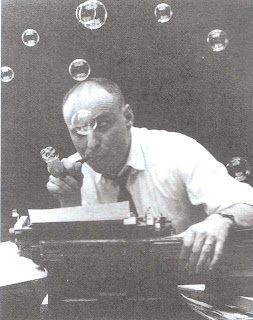 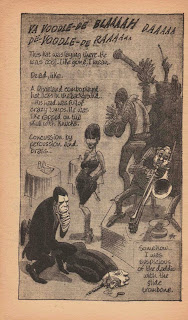 Here's Harvey, being interviewed for the Kitchen Sink reprint: " What I was trying to get was that Henry Mancini feel to the story. The jazz background gave me the rhythm of the piece. It took me time and practice and effort to get it, but it's there. I know I have control when I can lean back and tell myself, ' That's what I wanted to say. ' " 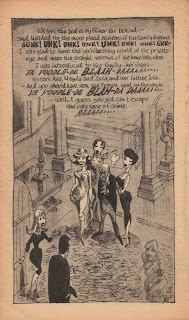 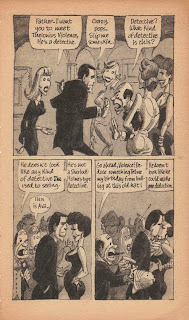 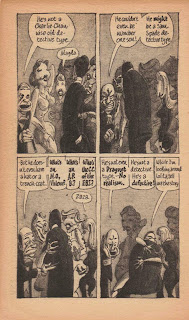 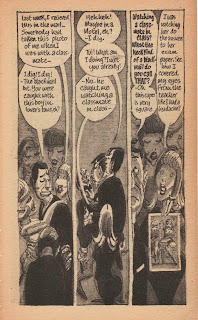 Next is probably the best story, The Organization Man In The Grey Flannel Executive Suite, introducing Kurtzman's eternal innocent Goodman Beaver to the world of big business. The satire, as you'll see, is venomous. 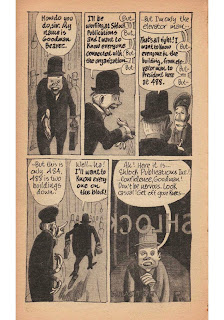 Harvey again: " Of course, I'd been deep in the publishing business for years, putting together winners and losers. Here, I was probably thinking of Martin Goodman of Timely, for whom I once did a puzzle page. " 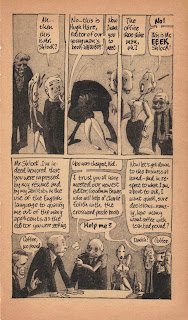 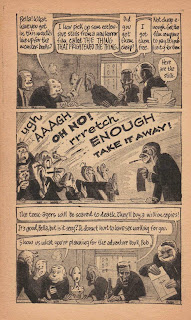 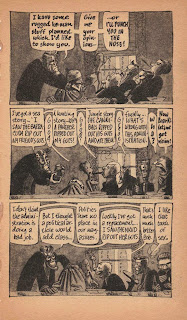 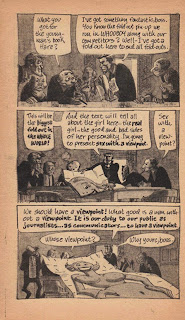 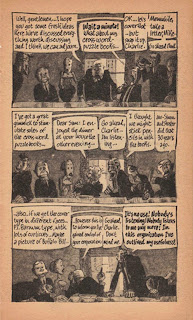 Next up is the weakest piece in the book, Compulsion On The Range, as Marshall Matt Dollin struggles to find out why he keeps losing at gunfights: 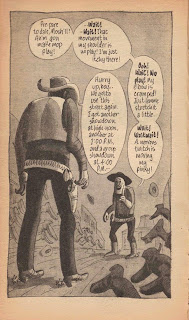 Kurtzman himself wasn't that keen on this one. As he says: " I hadn't developed the style I was using here; I developed as I went along. The hard part for me in anything I do is gaining control of what I'm doing. This story doesn't compare with Thelonius Violence. I had the control there. " Having said that, Compulsion does have this brilliantly conceived scene: 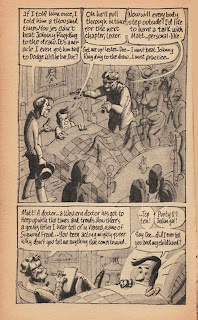 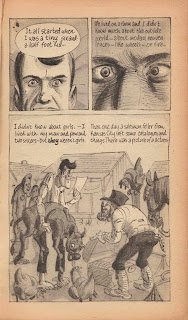 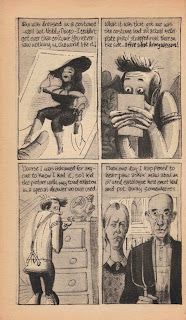 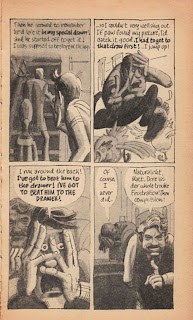 And finally, we have Decadence Degenerated, the story of a murder in a tiny hick town, and the tragic consequences of the town's one bad night. Again, humanity doesn't come off too well under Kurtzman's acid pen: 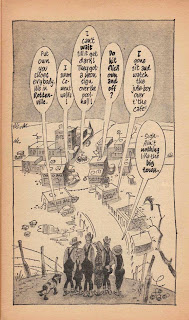 Harvey once more: " This story is my memory of Paris, Texas. The story was not plotted along any lines; I just wanted a parody of that town. I'd have to say this is one of my two favourite stories in the book. " 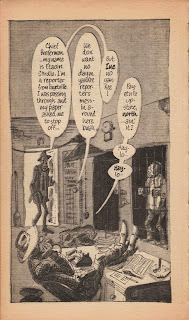 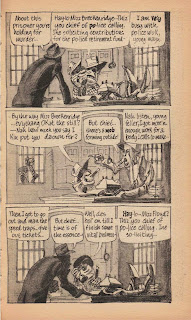 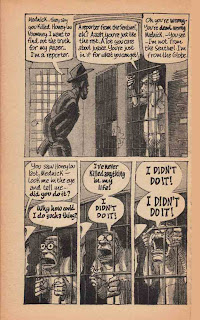 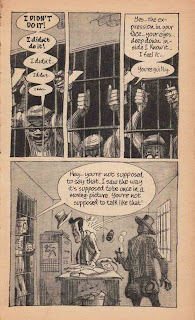 There's an interesting sidenote to Decadence Degenerated. The beginning of the tale, where the town's wasters all sit around the town square, bored, listless & waiting for someone else to suggest doing something, is almost exactly the same as a little known Robert E. Howard story called Sunday In A Small Town. To my knowledge, no one ever asked Kurtzman if he'd read REH's tale, but I love the idea that he might've, and used it as inspiration. 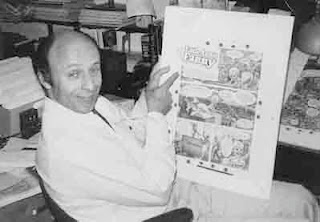