So it's St. Paddy's day again, and, before we head off for a pint o' the black stuff, let's look at something fitting for your man.
Ireland doesn't really have a large comic book history, american comics never having made that much of an impact, due to the high cost of importation reflected in the prices of the books. ( That, and the fact that the damp environment meant that you might be buying a less than pristine copy of Marvel Team-Up ). So superheroes never managed to get a foothold on the Emerald Isle, irish kids preferring a diet of humour, sports, war & horror comics, much as we had in England.
However, one thing Ireland does have in abundance is artists. Poets, writers, musicians, and illustrators. Like Jim Fitzpatrick. 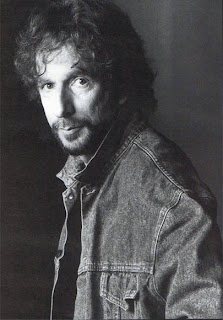 When we used to haunt Cambridge's remaindered bookshop, they always seemed to have a plethora of two things: Dragon's Dream books, and Jim Fitzpatrick books.
Jim seemed to produce countless art prints & portfolio's ( and books of same ), nearly all based around Irish mythology in general, and Ireland's legendary dawn race of kings & heroes, The Tuatha De Danann, in particular. His work, as you'll see, is beautiful. 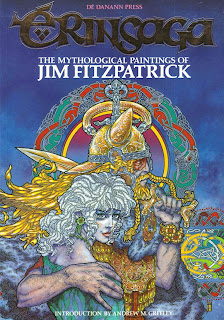 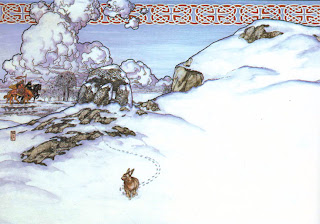 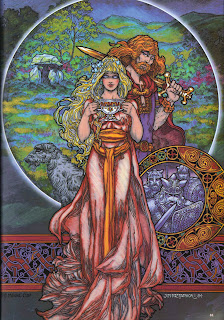 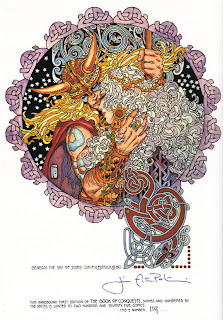 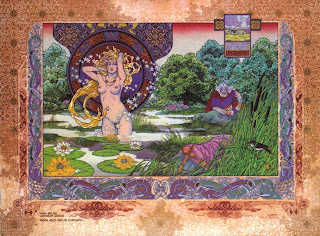 As well as mythological work, Jim also did a whole load of album covers, including a series for legendary irish rocker's Thin Lizzy, like this one: 1976's Neal Adams inspired Jailbreak: 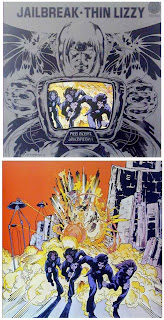 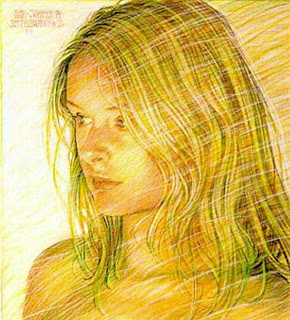 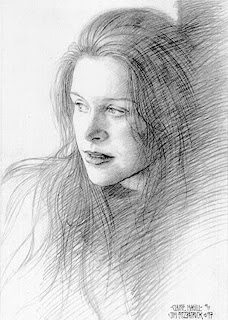 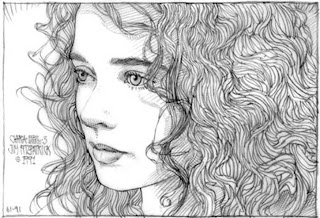 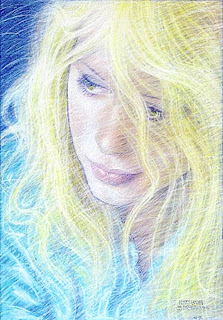 For more of the same, check out Jim's site, and Happy St. Paddy's Day!
Posted by pete doree at 00:44