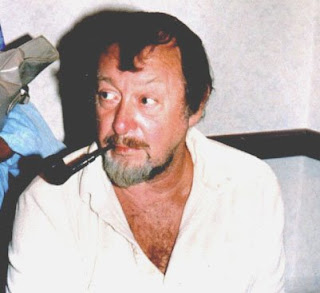 And I'm still a day behind. March 7th ( Saturday ) was Gray Morrow's birthday. Gray was one of those great old school illustrators who produced hundreds of book covers during his career, but occasionally ventured into comics too.
He had a lean, realistic style, and though his work looks great in black & white, it looked absolutely incredible in colour. He did loads of stuff for Warren & Joe Orlando's DC horror titles, but one of my favourite things of his was this book he produced for Byron Preiss: 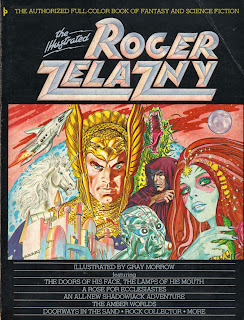 Published in 1978, The Illustrated Zelazny contained adaptations of martian romance A Rose For Ecclesiastes:

Venusian monster tale The Doors Of His Face, The Lamps Of His Mouth: 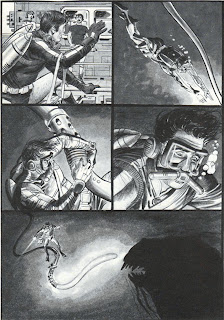 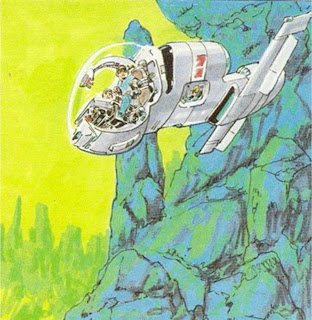 And a new adventure for Zelazny's fantasy character Shadowjack, along with some superb portfolio's. Morrow's work is stunning throughout, and his use of colour breathtaking. 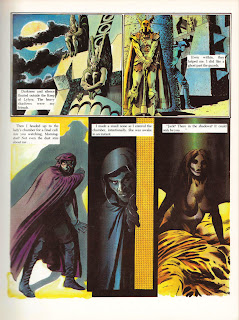 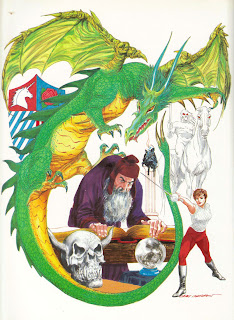 Gray was a huge fan of the old swashbuckling movies of the '30's, like The Adventures of Robin Hood and The Prisoner Of Zenda. There's a great story in Twomorrow's book Streetwise, of Gray and a pal regularly going out into Central Park with a couple of foils, and practicing their fencing moves, usually before an appreciative audience of park goers.
One time, the two were swashbuckling away, when they noticed a distinguished looking gentleman watching them intently. Looking again, Gray realized his sword skills were being gauged by none other than Guy Of Gisbourne/Sherlock Holmes himself - Basil Rathbone!

Gray indulged his passion for swashing buckles with Orion, a fantasy epic that ran in Heavy Metal, and starred Errol Flynn as the lead character: 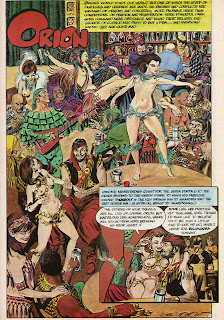 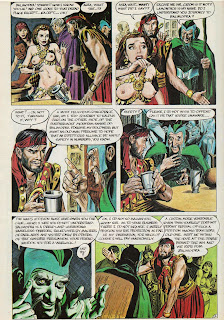 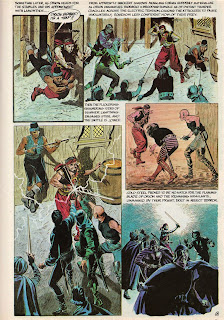 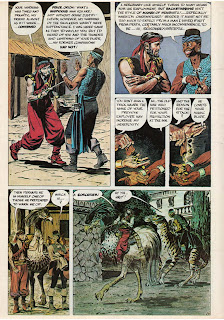 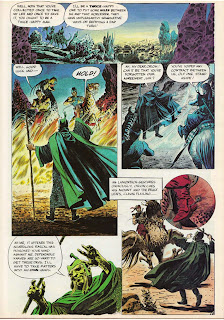 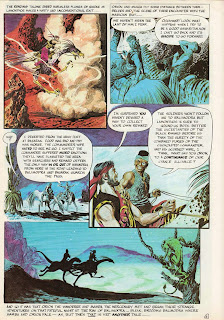 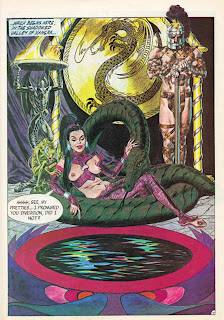 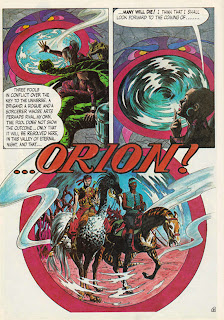 One of the last things he did in comics was the Orion like Edge Of Chaos, for Pacific. 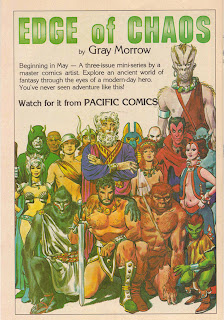 Cruelly, Gray suffered from palsy, a disease that took from him the ability to draw, and in 2001, after months of despondency over his illness, Gray Morrow sadly took his own life.
Posted by pete doree at 16:33