The Day After The Day The Martians Came 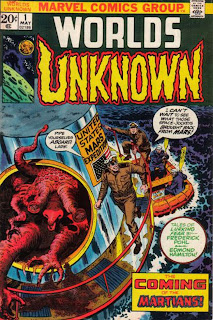 World's Unknown was Roy Thomas' sadly short lived attempt at bringing adult sci-fi to the comic reading public. In each issue, there was an adaptation of a well known work by a major science-fiction author, including this thoughtful little tale from Fred Pohl. Alas, Sci-Fi is one genre that never sells in comics, and World's Unknown didn't even have any regularly appearing characters to entice readers. Roy, of course, tried again with this books' b/w magazine successor Unknown Worlds Of Science Fiction, which was also brilliant, and equally short-lived. Ralph Reese's art is phenomenal on this piece, particularly as it really just consists of people sitting around. His characters always seem pock-marked & sweaty, and slightly grotesque. Add that to the near photographic style of inking he learned while working with Wally Wood, and you have something like an underground strip in mainstream clothes. 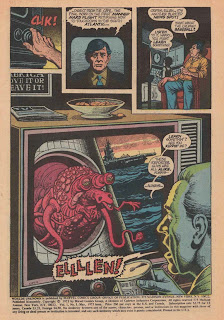 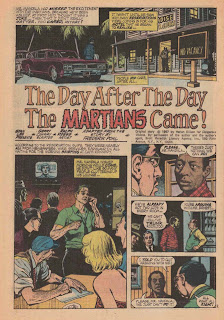 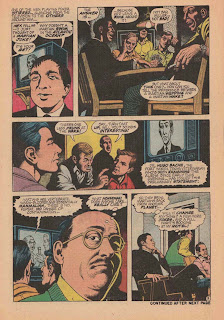 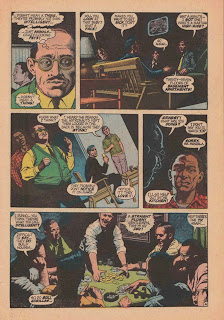 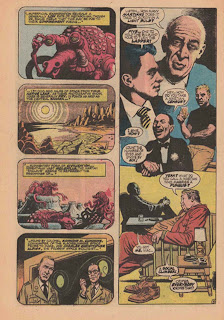 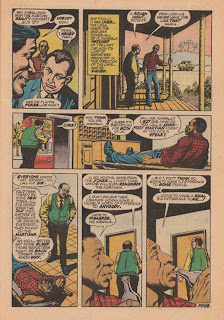