Not much luck tracing any of the late, great Marshall Rogers ' work for Marvel UK, but here's some covers by the equally legendary Jim Starlin, along with a couple of oddities. First off, here's my favourite, an obvious homage to the first appearance of Robin in Detective Comics 38: 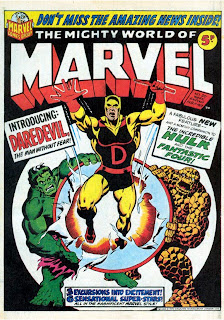 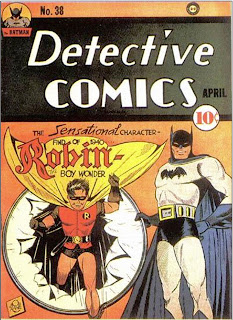 Then there's a whole bunch of Hulk covers: I think it's Jim inked by Al Milgrom, but I'm willing to stand corrected if anyone knows different! The Spidey & F.F. heads seem to be Buscema copies by some anonymous Marvel UK staffer. 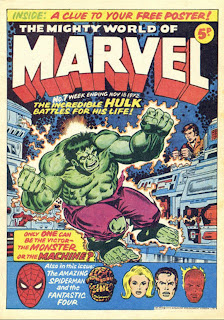 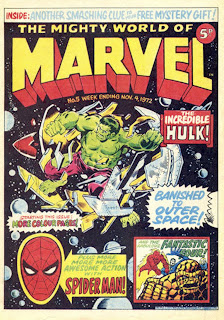 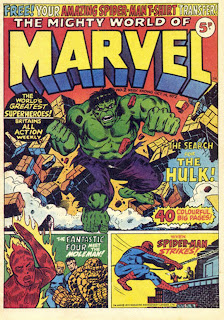 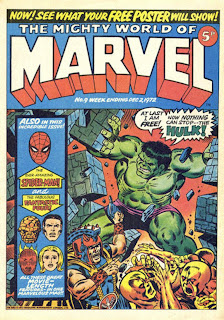 Now here's an odd one. No idea who did the Spidey figure, but don't the bad guys look familiar?
The one on the right looks kinda Romita-ish, whereas the left-hand one is almost Cockrum. But I don't think Cockrum was working professionally at this point. Or is it Milgrom again? 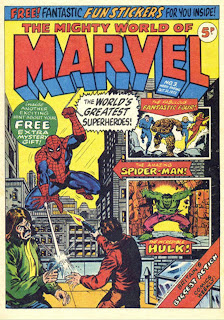 And this one is, again, an unidentified brit armadillo doing copies of a Ditko Spidey and, I guess, a Kirby Thor. Still, I defy any kid not to snap up this baby when they see it. And I always loved the idea of the hero reading his own comic up there in the left hand corner. 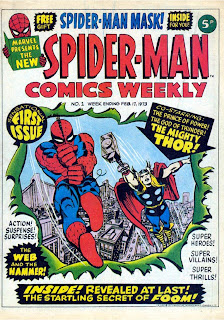