Here's a great little strip I really wish somebody would reprint; It's called Conchy. 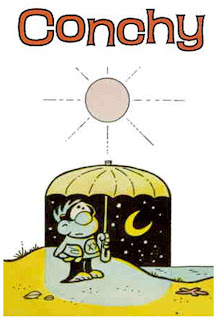 Conchy was written and drawn by James Childress, a more or less forgotten cartoonist now. Set on a desert island, it was about beachcomber Conchy, old salt Oom Paul, and the various natives and weirdo's who inhabited the island with them. Conchy & Oom Paul are both what you might call individual thinkers, making the strip one of those great wistful, philosophical pieces that american newspaper strips were so good at in the '70's. 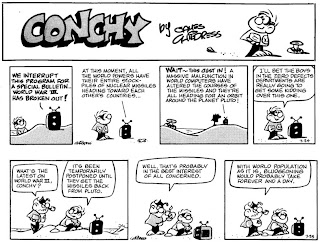 The strip ran from 1970 to '77 in various newspapers, and though, it was never a huge success, it did manage to find an audience. As well as being funny, it was also quietly political, always in a real 'sleight of hand' way that only the best cartoonists are able to achieve.

Occasionally, Childress would completely ignore the traditional cartoon format by doing pieces like the following: What you might call 'prose poetry' or philosophies of life: 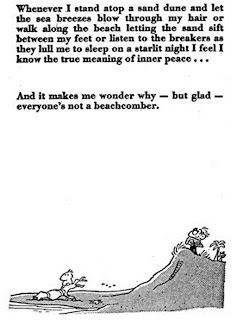 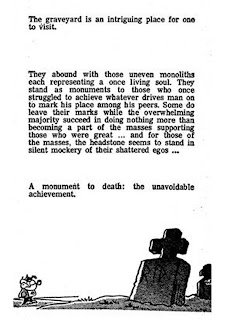 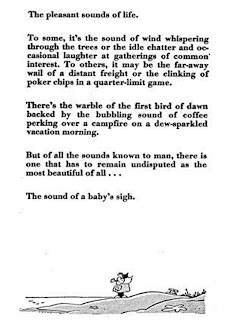 Editors, alas, are never as adventurous as cartoonists, and Childress was told to stop doing things like that, or it'd be the end of the strip. He refused, so Conchy was cancelled. Sadly, soon after that, Childress took his own life.

And these days, as I say, Conchy & his creator are pretty much forgotten. Which is a shame, 'cos It's a strip I'd buy in a deluxe, nice paper edition. How about you?
Posted by pete doree at 00:48